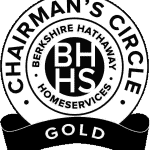 Yesterday, we were informed that we have been recognized with the Berkshire Hathaway Chairman’s Circle Gold award for 2020. This recognition is given to agents who rank in the top 3% of agents in the entire Berkshire Hathaway network across the nation. We are truly blessed and incredibly thankful. 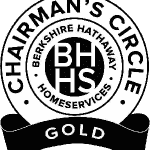 Today, we were informed that we have been recognized with the Berkshire Hathaway Chairman’s Circle Gold award for 2020. This recognition is given to agents who rank in the top 2% of agents in the entire Berkshire Hathaway network across the nation. We are truly blessed and incredibly thankful. 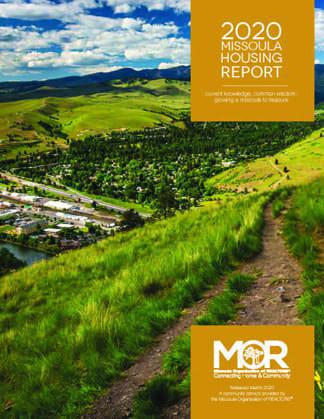 Single-family construction projects in the City of Missoula grew in 2019, consistent with the last 10 years. However, building permits for duplexes declined and multi-family construction accounted for 197 units, similar to 2018 but 58% of the 5-year average. Missoula County permits increased slightly, accounting for 228 new units total.

The number of residential lots sold in the Missoula urban area declined 16 percent in 2019. The median price of those lots jumped 28.3 percent to $115,500, matching a trend of new construction homes moving into higher price categories.

Looking at future development, 45 new residential lots received preliminary approval in both the city and county in 2019. Meanwhile, 104 residential lots attained final plat approvals, making them ready for building in the coming year.

In Missoula County, approximately 58 percent of housing units are occupied by their owners. Within the city limits of Missoula, 53 percent of homes (or units) are renter occupied.

Population & Income
Missoula County’s population growth rose 1.1 percent in 2018, adding another 1,350 residents. In the last decade, this steady annual increase has resulted in 10,074 more people living in the area. Even with new construction, population growth puts pressure on the already constrained supply of rentals and real estate.

With both rental and home prices seeing increases in 2019, home availability and affordability remain a considerable challenge for many in Missoula. A large gap exists between the median income of homeowners and that of renters, concurrently homes Missoulians can afford are becoming increasingly limited.

Rental Housing
A tight supply of available rentals kept the vacancy rate between 2.3 and 3.7 percent for each quarter of 2019. Houses and duplexes had the tightest supply, with vacancy rates of 2 percent or less, while multiplex rentals had a better supply with a 5.1 percent annual vacancy. Rent prices increased for all types of rentals.

The Missoula Housing Authority (MHA) subsidized rent with 774 Section 8 vouchers in 2019, but this does not meet the demand for assistance. In 2019, they had 1,707 households sitting on the Section 8 waiting list in hopes of a voucher. In the last two years, no new rent-restricted homes came online, but MHA and Homeword have plans in the works for new homes, including for those experiencing homelessness.

The market continued to experience a shrinking availability of homes at lower price points. Sales increased for all price points above $275,000, and homes of $500,000 or more had a 43-percent increase in sales. These changes have led to an under-supply of homes under $350,000.

Condominium and townhouse sales remained vigorous in 2019, which is no surprise given that their prices are often lower than a single-family starter home.

Housing Finance
While homebuyers may have been challenged by rising home prices in 2019, mortgage rates dropped after the Federal Reserve made a series of cuts to the fed funds rate. For the last seven months of 2019, 30-year conventional mortgage rates stayed below 4 percent.

Seventy percent of 2019 home sales were financed via conventional mortgages and 17 percent were cash sales, with the remaining a combination of other programs and options.

Rising prices mean higher down payments, but Missoula borrowers do have access to a variety of down payment assistance programs, as well as homebuyer and financial education. The financial health of the Missoula homeowner has been on the upswing for several years, with just 14 net foreclosures declared in 2019—a far cry from 2009’s 262 net foreclosures.

Housing Affordability
The median income of Missoula’s homeowners has increased considerably in the last few years, rising to $75,368 in 2018, with only 21 percent spending 30 percent or more of their income on housing costs.

The median income of Missoula renters sits at $37,538, and 48.2 percent of renters spend 30 percent or more of their income on housing—making them cost-burdened by definition.

To purchase a median-priced home of $315,000 in 2019, you would need an income of $98,123 (and a 5-percent down payment on a 30-yr conventional loan) to afford that home. Meanwhile, the actual median income for a 2-person household was $58,688. That disparity in real estate prices and income led to the 2019 Housing Affordability Index once again declining, indicating that a median-income household could not afford a median-priced home in Missoula. 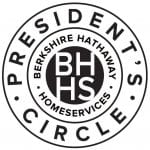 It gives us great pleasure to announce that we have been awarded the Berkshire Hathaway HomeServices President’s Circle award for 2019. This recognition is given to agent teams who rank among the top agent teams in the entire BHHS network. We are truly blessed and incredibly thankful. 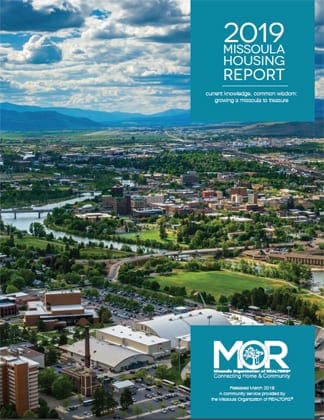