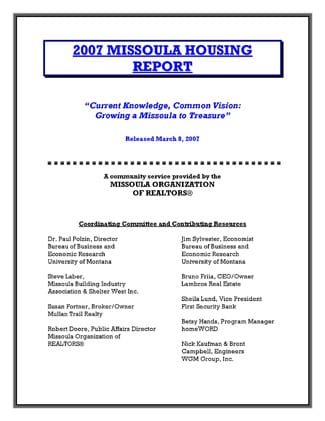 Along with the state of Montana, the Missoula housing market is one of the 31% (by population) of the areas in the country showing signs of an expanding market. This is contrary to the dramatic contraction experienced in some areas such as San Diego and Phoenix and widely reported in the national media as the long predicted “housing bubble bursting.” The fact that Missoula is not following the national trend should not lull us as a community into complacency about the housing issues that emerge from this report.

The expansion of the local market is tempered with the increased number of foreclosures in 2006. Risks posed by residential mortgage products that allow borrowers to defer repayment of principal and sometimes interest cannot always be mitigated, even in the expanding market that currently exists in Missoula.

The Housing Affordability Index continues to decline between 3% and 4% for households from 1 to 4 persons. Approximately 11% of Missoula County households have sufficient income to purchase a median priced home. Median income for current homeowners is almost double that of renters. Missoula’s owner occupied housing rate of 53% lags behind both the Montana and national home ownership rates of 68% and 75% respectively.

Providing new housing stock for continued strong housing demand is a growing challenge. Land availability and prices contribute to that challenge. The number of lots purchased in Missoula has been virtually unchanged since 2003 with the median price increasing just under $20,000 in that same time period. Growth pressures and affordability issues continue to push development into sensitive outlying areas. 2006 saw several development projects emerge and be rejected by local planners and citizens. These include projects in sensitive areas like Rock Creek, Clearwater Junction, and in the Bitterroot Valley.

While it is true that approximately 25% of the in-migration comes from residents new to Montana, the majority of the housing demand is from Montana residents moving here from another county (50%), residents who have previous ties to Montana (25%), with additional demand coming from the natural increase of the population already here.

Missoula is in an enviable position. It continues to experience an expanding housing market. It thrives on a collaborative spiri t that prompts citizens to come together to make things happen. And it is a place that inspires people. That combination applied to a collective interest in providing one of the most basic needs—a safe place to live—will serve Missoula well as citizens come together to share current knowledge in order to achieve the common vision of growing a Missoula to treasure. 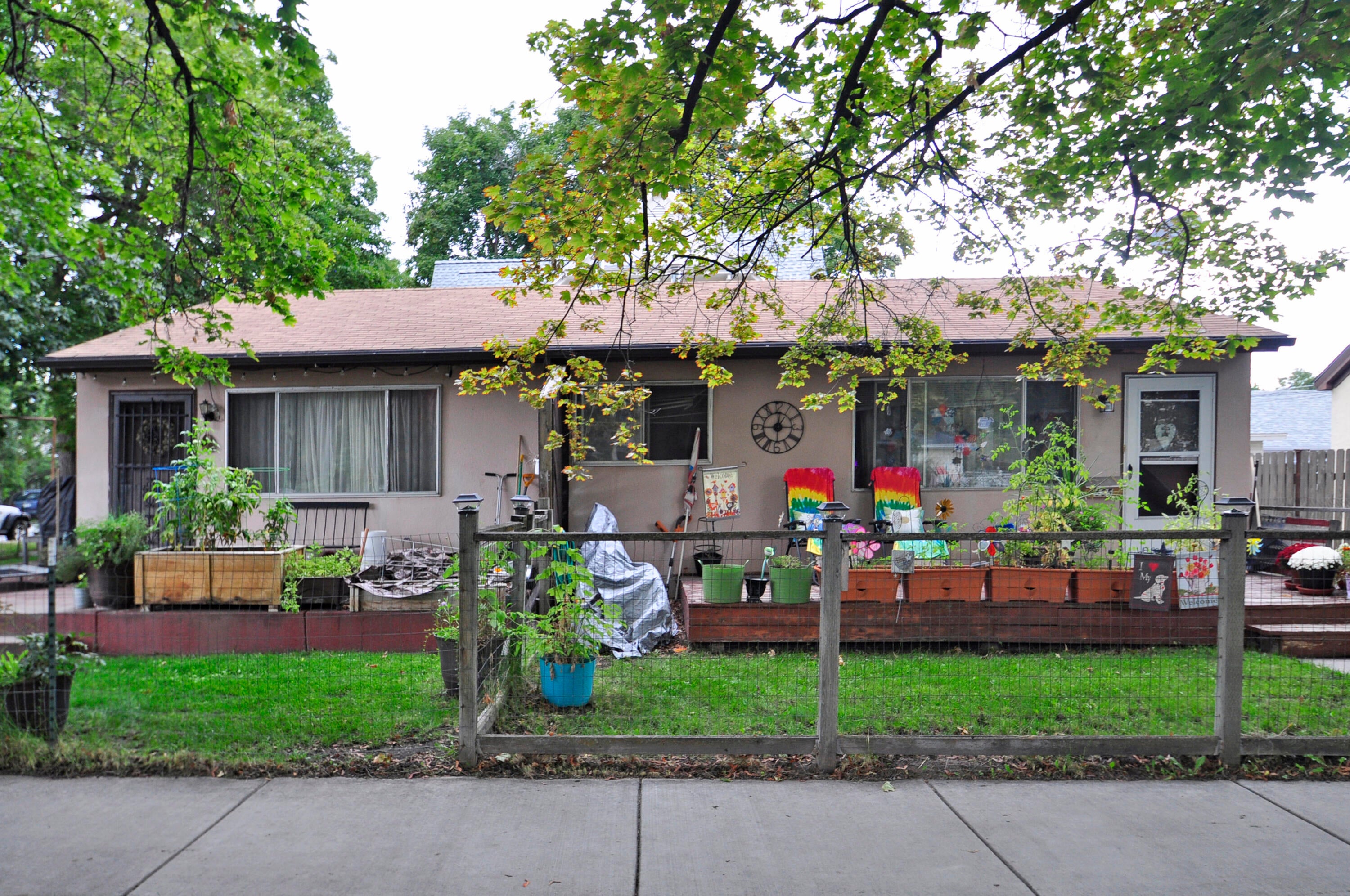 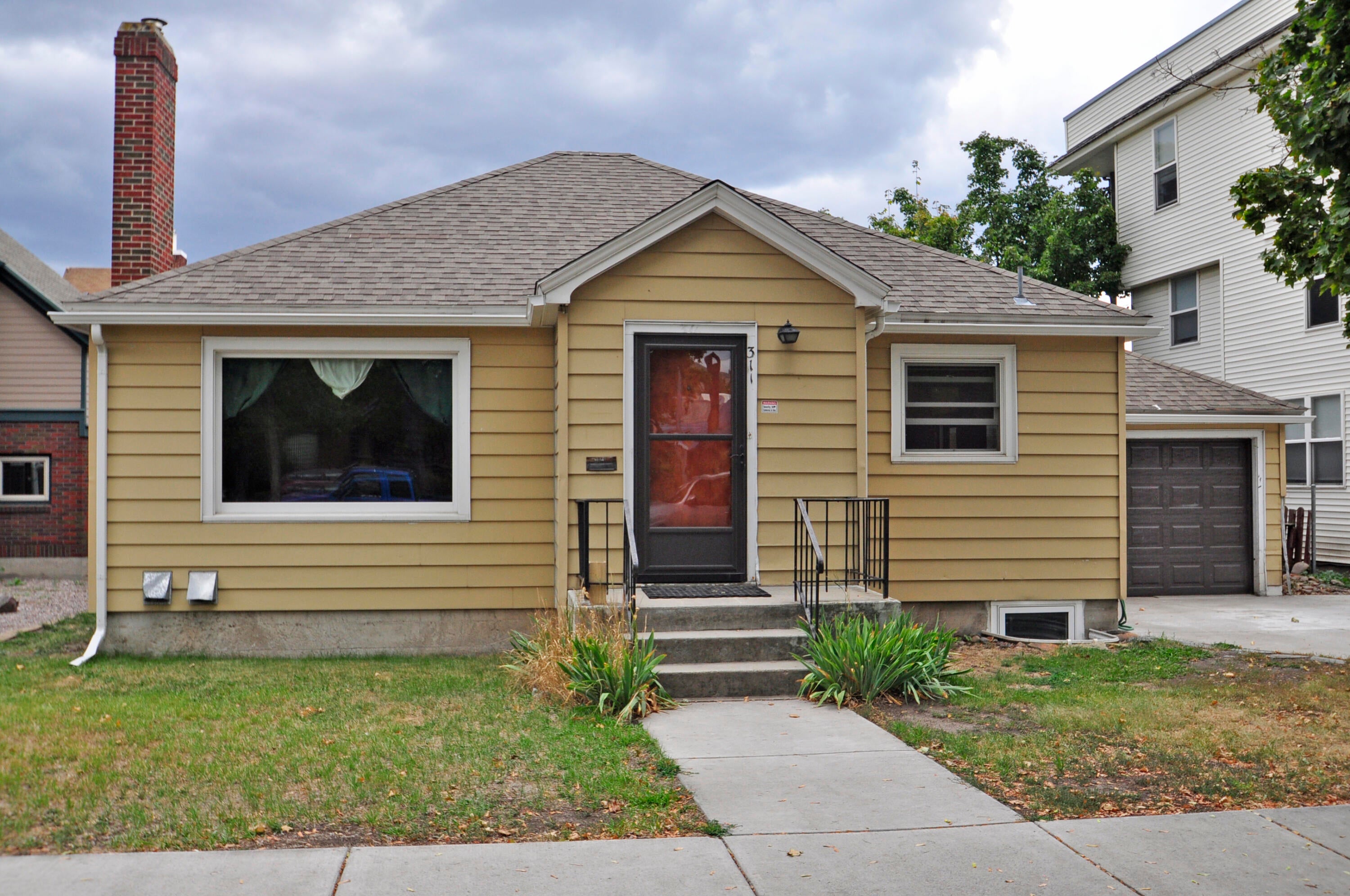